Are you ignoring your promptings?

Are you ignoring your promptings? 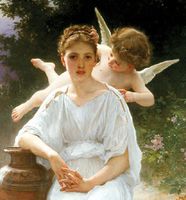 I recently started reading a book called Promptings: Your Inner Guide to Making a Difference by Kody Bateman. Kody is the found of Send Out Cards. In his book (and his seminars) he mentions how he was moving back east for a job. He had a “prompting” to stop and say good-bye to his older brother Kris. Like many us he ignored that prompting. He figured he had time to talk to his brother another time. Time had other plans. A few months later his brother died in a freak accident.  Since that time whenever he had a prompting to do something he acted on it. Life is so unpredictable that you can’t say I’ll take care of it next time. There may not be a next time.

How many times have we as business owners decided not to act on our promptings? Did we see an opportunity and didn’t act on it? Did we note a problem in our business and didn’t take the time to fix it? Or could we have helped a client resolve an issue that may not have been in our area of expertise (but would have left the client feeling grateful that we cared enough)? We’ve all been there especially in our personal lives (when was the last time you told a loved one that you loved them and are glad they are in your life?).

One of the promptings I didn’t act on was a local chamber’s website. When I relocated my I started locating the chamber of commerces in the area. Many had websites that have not been updated in years. Forget them even being mobile friendly. I had a prompting to contact them to see if they would be interested in a new mobile friendly website. I didn’t act on the prompting. Months later I attended one of their meetings to discuss offering Constant Contact as a member benefit. I planned on presenting a proposal to update their website. I was too late. They had a graphic designer in their meeting to go over a directory she was working on. She had discussed last month redesigning their website. So sad for me. I didn’t act on this prompting and lost a potential project to someone that had no training or experience in web design.

My goal for 2015 is not to ignore my promptings. It doesn’t matter if it’s business related or personal. I will act. So, if you feel something prompting you to do act, don’t ignore it. It could improve your business or change your life.