How to Create an Effective Ad Campaign for Facebook's News Feed

How to Create an Effective Ad Campaign for Facebook's News Feed

Facebook tends to be a very challenging platform for marketers. Think about how competitive the Facebook News Feed is. You're not only competing against other ads for the user's attention, you're also competing against the user's friends and family. Essentially, for your ads to be effective, users have to find them as interesting as the things posted by their own loved ones. Obviously that's no small feat, so to successfully advertise on Facebook you're going to have to get creative.

Facebook has a rule that the overlaid text on News Feed ads can't take up more than 20 percent of the image. If you want to use a quote or a special deal to market your product, most of the words will have to go into the text box above the image. Reserve the image portion of the ad for an intriguing photo and some minimal, eye-catching text. For example, the overlaid text might say "Click for more info" or "Save 50 percent," but you can't use it to explain your product in any detail.

You're better off keeping product descriptions and details onsite for search engine optimization. Facebook ads aren't like TV commercials where you have the time to win over customers by conveying all the details of your product. They're more like highway billboards; users are scrolling past at 55 miles per hour, and the purpose of your ad is to grab their attention so they get off on your exit.

Get Personal and Grab Their Attention 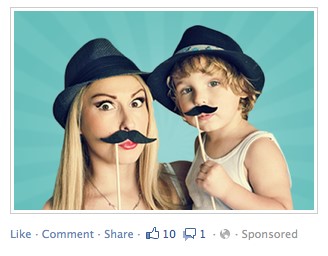 Facebook ads generally perform best when you incorporate a specific call to action with a touch of humor or controversy. For example, imagine you're trying to sell shoes targeted at young women. Your ad's image could be a crossed-out pair of bright rubber clown shoes next to the shoes you're trying to sell. The status box of the ad could say, "FACT: Up to 99 percent of women have ruined an outfit by wearing totally ugly shoes. Check out our selection and be part of the other 1 percent." In flashy letters, the image could be overlaid with the text, "Click here to help end the ugly shoe epidemic."

The above example accomplishes a few things. Bright rubber clown shoes are unusual and eye-catching enough that many users would stop scrolling to see what the ad is about. After glancing at the clown shoes their eyes would be naturally drawn to the real product.

The text makes a somewhat derogatory statement that the audience can relate to: they've probably seen plenty of their peers (not to mention strangers and celebrities) wearing shoes that they thought were ugly. It uses topical political terms that most young Internet users are familiar with ("the 99 percent" versus "the 1 percent"), and it comically exaggerates the issue of wearing ugly shoes as if it were a national crisis. Users would be compelled to click the ad because they've been humored, plus they'd want to be part of the "cause" that the ad is advocating.

In more general terms, your ad has to be unique and eye-catching enough to truly stand out in Facebook's News Feed. Internet users are bombarded with ads on practically every page they visit, so they've been conditioned to filter standard product placements out of their attention. The text portion of your ad has to give users something they can relate to rather than simply stating facts like pricing or product specifications. The call to action has to compel them to react on a personal level. 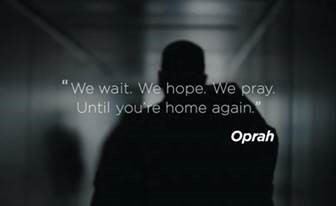 In addition to generating conversions, compelling ads that inspire an emotional response in your users will also spark discussions. If you make users feel something on a personal level, they'll be much more likely to engage in your sponsored posts. They'll write their feelings in the comments, they'll tag their friends, and they'll share the post on their own timelines. Every time they interact with your post, their friends will see the interactions in their activity feeds, and your ad will be projected to a much larger audience.

Famous quotes work well for that reason. Incorporate a well-known quote that represents your brand and users will be much more likely to tag their friends in order to share the quote with them. Another method is to incorporate topical references to pop culture. To continue with the shoe store example above, you might post a picture of Beyoncé from a recent red carpet event with the caption, "We think Beyoncé's dress would go better with our heels. Share if you agree." Even users who don't agree will be compelled to express their disagreement in the comments, and they'll be inadvertently promoting your ad in the process.

It definitely takes a bit of trial and error to figure out the best way to engage your brand's unique audience on Facebook. However, you can't simply rely on bland advertisements and product placements if you want your business to go viral. You have to figure out how your customers think and use that knowledge to get your ads inside their head

Cidnee is a sought after speaker on small business marketing, online marketing and content marketing.

Her style is very warm, fun, informative and simple to digest.

She has spoken at a variety of conferences including women events, travel and tourism symposiums, trade and association conferences, municipal events, and of course marketing conferences.

Having pretty much grown up on a microphone (she started in Elementary school), Cidnee loves to inspire business owners and marketing professionals to embrace the sometimes daunting and always changing marketing strategies and tactics.

With over 20 years of marketing experience there is very little she can’t talk about and she strives to always make the talk relevant to her audience.
Tags (5)
0 Votes