@realDonaldTrump: Marketing Lessons From the 2016 Trail

@realDonaldTrump: Marketing Lessons From the 2016 Trail 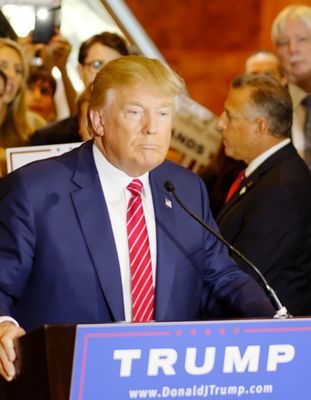 First and foremost this is not a political post. It is intended to look at how Donald Trump is utilizing marketing to win votes. I am in no way endorsing Mr. Trump or anyone else for that matter. This is purely a marketing exercise.

If you've been under a rock for the last few months, you may have missed the daily headlines. Trump this, Trump that, Trump's an idiot, Trump's a genius, yada, yada yada.

No matter what your opinion is of Donald Trump or his Presidential campaign, you have to admit, the guy is a great marketer. I mean, have you ever seen a campaign like this before? President Obama's 2008 campaign was similarly impressive, but for different reasons - namely their use of micro-targeting and branding.

The question is how is Trump doing it? Sure, he already had huge name ID prior to entering the race. Yes, he has lots of money. And, yes, he is incredibly provocative. But that's not the whole story. So far Trump has spent far less than his rivals, but with far more success. Ted Cruz has a better ground game and Marco Rubio, possibly larger hands.

I've been following the race closely. Here are the aspects where Trump is winning big.

1. Email Marketing - All of the campaigns are utilizing email as a channel, but Trump's methodology, frequency and message are spot on day in and day out. He knows his audience and he plays to them frequently, consistently and meaningfully utilizing my favoritie marketing avenue - email.

2. Social Media - Who else has connected with voters as well as Trump? Nobody. From personal tweets and messages back to posters to a constant barrage of on-point messaging (that many times drives controversy) Donald Trump is playing offense 24/7.

3. PR - Anderson Cooper said it best the other day on CNN. From day 1, Trump and his team made it a point to be accessible all day, every day. Cooper said that when other campaigns said "no", Trump said "yes". There is no doubt Anderson is right. No matter what station I turn on at 7AM or 11PM, I can guarantee Trump will be in an interview or something will be mentioned about him within 3 minutes or less and usually for an extended period of time.

Will Trump's media and social domination result in victory in November - who knows. We are eons and many controversies away. But what I can tell you is that win, lose, or third-party run, Trump has proven a very good point. Good marketing means focusing on your audience, understanding what drives audience motivations, fears and needs and then delivering that message in part or whole using PR, social media and email marketing.

Take the lesson and "Make Your Own Business Great or Great Again". Focus on frequent, consistent and meaningful communications. Send great email, engage your audience on social media and pound the PR pavement. Do so and you'll win the hearts and minds of your customers.

Jake Burns
An award-winning, Master Certified partner and is the founder of SouthDirekt, a Tampa-based internet marketing firm.