It would be great if you were allowed to resend a previously sent campaign to individual addresses who were left off a list. I sent a campaign this morning and two people were left off the list, so I had to create a special list for just these two people, copy the previous campaign, and then choose the new "fake" list I created and send it to that. Then after it was sent, I had to remember to transfer those two contacts to the original list they needed to be on in the first place and delete the fake one. I hate that I have to duplicate a campaign every time I want to send it after the fact. I should be able to click on previous campaigns and forward it to whomever I want to without duplicating it. It's not like any of the content can be changed anyway.

Hi @ShultzieW91 what about our quicksend feature does not fit your needs to send a previous email campaign to an individual conact?

Can you please tell me where the quick send feature is located? The drop down doesn't show a quick send. Just a resend that requires to send to a list vs. individual. 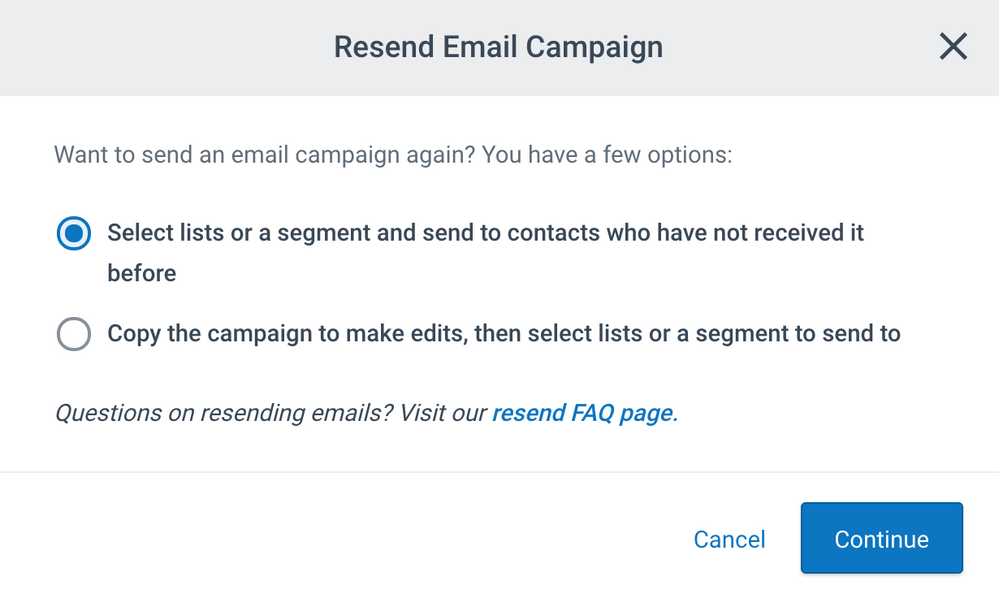 Ah, thanks for the link! I was intuitively going to the campaign I wanted to forward. Didn't think to go to the contact list to resend a campaign. Thank you.

You're very welcome! We're happy to hear this Help Center article has helped. If you have any additional questions on this, please don’t hesitate to respond to this post as we would be happy to assist you further.