Sort unsubscribe page with subscribed lists at the top

When a reader clicks on the unsubscribe link on the bottom of an email, it sends them to a page that allows them to do a global unsubscribe, or to check the boxes of the lists they'd like to be removed from or added to. Below is a screenshot of what they see when they click on ours. We have 94 lists in total that a reader could be on! That makes it a looooong scroll to get down to the bottom of the list.

My feature request is this: have a subscriber's available lists be sorted so that lists someone is subscribed to get pushed to the top [and then lists that they could join are down below]. That way someone who's subscribed to the 93rd item at the very bottom doesn't have to scroll all the way down to find it, it's floated its way up to the top!

This could be a checkbox item on the "Update Profile Form" page found in "Sign-up Forms" or it could just be the new default.

Adding this feature would likely save us from having folks do a global unsubscribe, which would be an awesome thing to [hopefully] preserve some readers!

Thanks y'all, and screenshot is below. 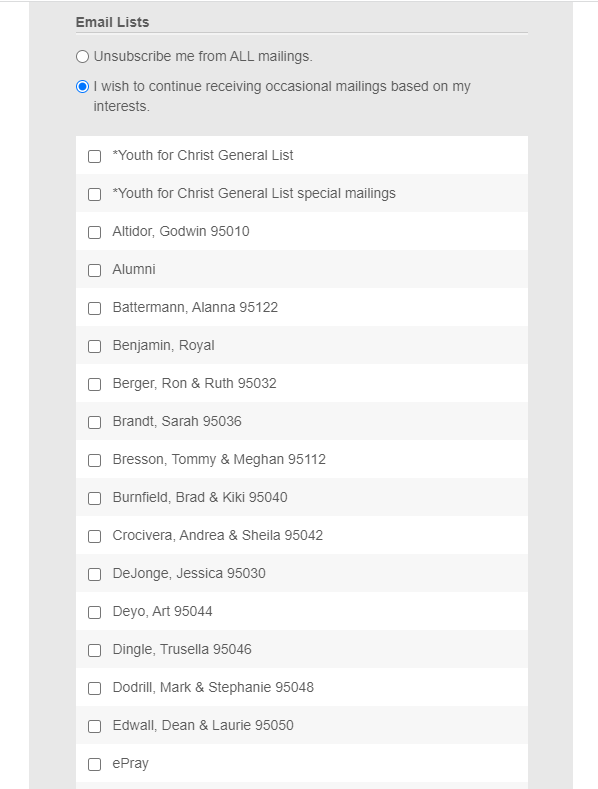 Thanks for sharing this feedback with us! We have tracked this request with our Product Team and opened up your idea so other users can weigh in as well.