Turn on suggestions
Auto-suggest helps you quickly narrow down your search results by suggesting possible matches as you type.
Showing results for
Show  only  | Search instead for
Did you mean:
We all started somewhere! Share your experience on the Get Advice: Let's Get Started Sweepstakes thread and be entered to win a $100 credit on your Constant Contact account.

I have 19000 subscribers. I need to add only 8000, in the beginning, to warm up the Constant Contact panel. I have a Shopify store so the contacts would be synced to it. I want to add 11000 contacts later and prevent them to get synced at the same time (until I add them later). If I unsubscribe them, I won't be able to add them later and I don't want to use sign-up form since the contacts are genuine subscribers.

I have used Omnisend and it had the feature to add "Non subscribed" contacts which could later be made "Active".

Kindly provide me help in this regard.

Thank you for reaching out to the Community about your contacts! At this time we do offer the ability to manually set a temporary hold through your contact's details. 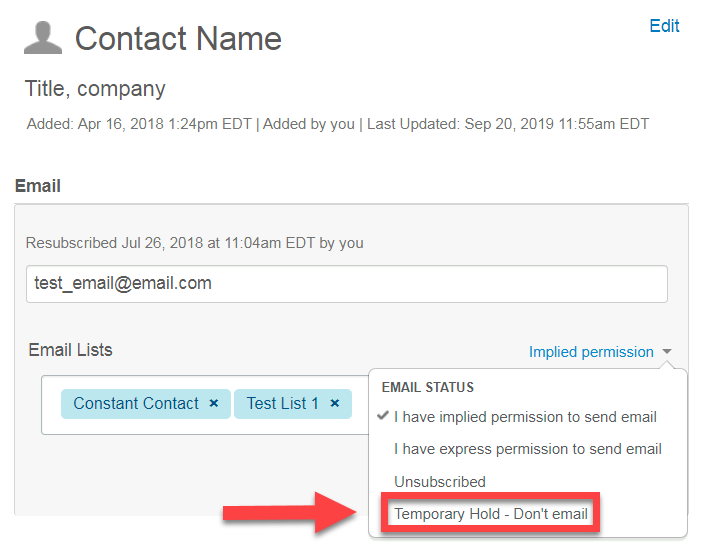 With that said, I apologize at the time we do not offer the ability to make this change to contacts in bulk amounts like you have described. Have you tried creating separate lists? As a workaround you can always create separate lists in your Constant Contact account and delete the unwanted address. We even have the option to create custom segments to target specific contacts.