I am re-posting this here because the previous thread is marked as "solved" and it most definitely is not.

Thank you for reaching out to the Community. We do have certain guidelines in place regarding spam email addresses, and I do apologize if this has affected your contacts in any way. If there are specific contacts you are concerned about, I would suggest reaching out to our Account Review team about this and they will be able to assist you and answer any questions or concerns. You can find their contact information and available hours by clicking here. Our Account Review team does have available hours during the weekend, so you can contact them at your convenience today if you'd like.

In the meantime, if you have any further questions please feel free to reach out to us here. We are always happy to assist you in any way we can!

I called support today and was assured that the only time a bounce from one CC customer's account also results in a block on another CC customer's account is when an e-mail server reports it as an invalid or non-existent account.  That said, the only reason our customers were being blocked is because Yahoo was reporting them as non-existent (but they were not...).  I still don't like having important messages blocked and having to solve someone else's problem...  Support agreed to clarify the policy and its implementation to make it clear a user-block on one account does not impact another. 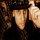 We appreciate your response!

It sounds like you had received some valuable information when you had called our support team. To help clarify the situation I have found an article that explains the suspended bounce category in more detail. You can find this article here. This explains in more detail about how an email address can become suspended and why we use this process. In short, it is to protect a combination of your sending reputation as well as Constant Contact. If you continue to send to an address and it is sending back a signal that it is not able to be delivered or does not exist this could potentially cause the receiving server (Yahoo in this case) to permanently block someone such as yourself or Constant Contact.

As a last piece of information for you, I have also found an article that explains the other bounce types in more detail. Check it out here.

I hope this helps clarify things a bit!

Please let us know if there is anything else we can do for you.

There is definitely a problem with yahoo emails being suspended incorrectly. This has been going on for over a week now and is impacting hundreds on our list, including some who are paying customers. Constant Contact - please look into this and correct as soon as possible. Thank you!

We have been receiving reports of this issue in Yahoo specifically as well.  It's not affecting all Yahoo email addresses, but you're right that something isn't working as intended.  Our ISP Relations department is working to resolve the issue. Yahoo has escalated the issue on their side and are investigating the problem there.  We have reports that other ESPs have reported the bounces as well.  Any suspensions put into place during a temporary issue like this should be corrected automatically once the issue on the the recipient's side is resolved.

Thank you for the update. I am glad to hear that you are working on this issue.
While I understand that any suspensions put in place would be lifted if the issue was resolved, this does not help things if, in the meantime, a conscientious list owner cleans their list of all bounces.

This is why it is so important that there be a report that allows the list owner to see a list of contacts who are bouncing over a period of time, not just for an individual mailing. At the moment, the only way I can get this information is to download each bounce list, merge them into one spreadsheet and then run a pivot table - which is ridiculously time consuming and not entirely reliable, but I have found is the closest to a reliable method so as not to remove good emails - as, when I have done this I have found as much as 50% of those reporting as having hard bounced were perfectly fine a few weeks later.

The problem is that, a) as I want to be sure to keep my list clean and b) don't have the time to consistently download lists, run pivot tables etc. I often end up simply removing those who are showing as hard bounces in a particular week, even though I know that a good number of these people are probably perfectly valid email addresses.

I have been asking for a report that shows bounces over a period of time for at least 6 years. It does not seem a complicated thing to do from a programming point of view.

E.g. A screen showing the most recent (say) 30 campaigns* with a check box next to each; the list owner checks the boxes next to up to 5  mailings they wish to compare and a report is generated showing the bounce record for each mailing (a simple Cross and Check Mark would be visually easy.) If there was a record of consistent X over multiple weeks, the list owner would know to remove that person; if not, they could keep them on to reassess at a later date.

I hope you will make this available soon.

*I suggest at least 30 campaigns (preferably more) as some of us may have lists that we only mail on an occasional basis, along with more frequently mailed lists - so, in order to be able to clean these less used lists we'd need to be able to go back a longer period of time.

Thank you for your reply. We really do appreciate the feedback you have provided us in regards to seeing a report of a list of contacts who have bounced over a period of time. I can understand how beneficial this would be in respect to time management since the method you provided does take a considerable amount of time to execute and we understand that not everyone has that kind of flexibility. I have tracked this feature request to your account to notify our developers about the possibility of developing a report that allows the list owner to view the contacts that have bounced over a period of time. I do apologize for any inconvenience this may have caused. Let us know if you need assistance with anything else.

Increase your profitability by integrating your email marketing and social media.  Download this guide and learn how you can achieve great results with email marketing
0 Votes
Reply