I would like to be able to slightly modify the wording on the donation template. We are a non profit of 60 members trying to collect $35 annual membership dues through our monthly newsletter. Other e-commerce apps are prohibitively expensive for such a small number and amount. The donation feature would be easy and work well, if we could change some of the wording.

Hi @RebeccaM186 which section of your donation landing page are you trying to update the wording that appears? What steps would you expect to take in order to do this?

The Donation feature  as it is, is  a terrific and easy to use tool for most donation situations.

The section I would like to change on the Donation landing page is the one that includes  “raised, supporters, goal” and the related calculations.  It is the only part that just doesn't work when collecting some dues via the newsletter and others by mailed in check.

Ours is an older group who has been paying dues by check for over 100 years! I need to make the process of paying online easy for them,  eliminate confusing language and have just a couple of clicks directly from the monthly newsletter.

[Final note: some members generously want to pay more than the basic $35 dues as a donation to the club.  This is another reason why paying through the donation feature, rather than a standard e-commerce app, is appealing.] 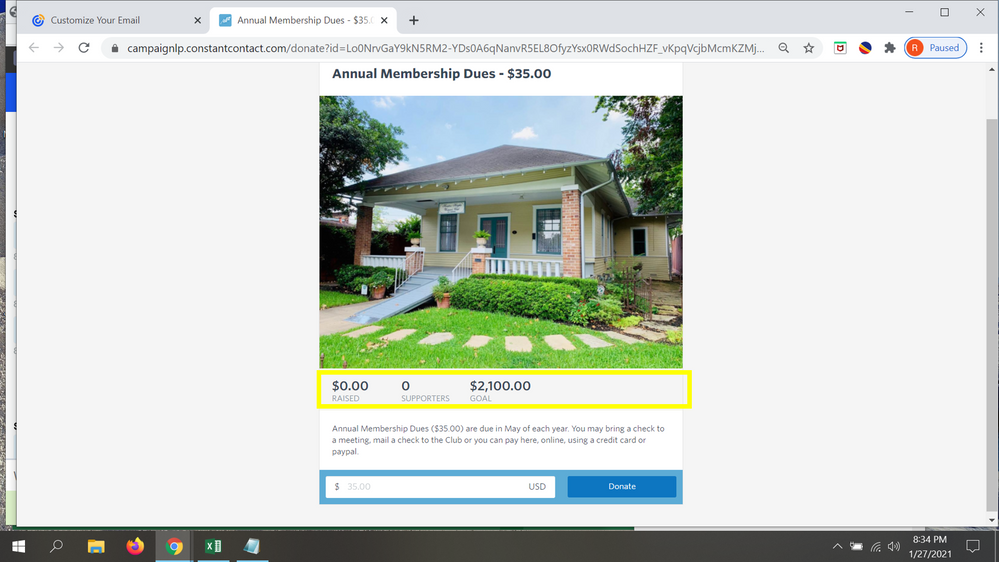